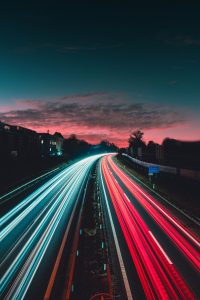 The area around Pensacola, FL is home to some of the state’s most important highways. Interstate 10 runs through the area to the north of the city, near Ferry Pass. It features six lanes of traffic and 70 mph speed limits on the westbound side. Interstate 110 connects the city center to Interstate 10 on the eastbound side. Construction began in 1962 and was completed in 1979. It alternates between four and six lanes.

State Road 291 runs through the city, and is locally known as “Davis Street.” It runs from Wright Street in downtown Pensacola north to Nine Mile Road near the University of West Florida. This road is a major commercial strip and intersects Interstate 10. It is also the site of the University Mall. The city is served by a number of major highways, but few are as important as Interstate 10. This article

U.S. 29 provides transportation to and from Downtown Pensacola and the surrounding areas. The city has a rich history, dating back to 1559. Its nickname is “five flags,” a reference to the five flags that have graced its land. The city was a Spanish colonial settlement, and as such, has a rich history. It has been dubbed the “city of five flags” due to the presence of the flags of Spain, France, Britain, and the Confederacy.  Check it out here

U.S. 90 is another major highway that crosses the city. It runs parallel to Interstate 10 for most of northern Florida and splits at Beulah with U.S. 90 Alternate. After crossing over the Perdido River, U.S. 90 continues eastward along Cervantes Street. It also overlaps with U.S. 98 at Pace Boulevard. It continues eastward, spanning ninth Avenue.